As you already know, engine remapping is basically installing a new engine software and setting it to achieve maximum output. In the process, an engine`s settings for the amount of air, fuel, ignition timing and so on are changed into new ones which are designed to make stock engine deliver more power and performance. As you already know, turbocharged engines, both petrol and diesel are the perfect engines for this way of tuning, and despite the fundamentals being similar there are several subtitle differences between these two.

The main trick with tuning petrol engines is the fact that in order to make the most out of it you must set the ECU software to allow more air to the engine, more boost from the turbo and reset the ignition. More air and boost along with more fuel will provide stronger combustion and setting the ignition in advance will result in significantly more power and torque.

The most important aspects of petrol engine remapping are the amount of air and ignition points since they make all the difference. If you don’t set the ignition timing right, you could end up with no gain whatsoever or having an extremely nervous engine with lumpy idle which is hard to control on the street.

As with all engine remaps, environmental standards and level of CO2 in exhaust fumes is a concern but in most cases, remapping of petrol engines produces the same level of pollution as a stock engine.

Diesel engines have one interesting feature and that is lack of spark plugs which means that igniting the fuel and air mixture is done by pressure not by a spark. This characteristic, as well as the specifics of diesel fuel, makes diesel engine remapping a bit different than remapping petrol ones.

The main thing you want to do in order to get your diesel engine up to maximum output possible is to add more fuel and boost. Engine remapping will change the settings, allowing more fuel to enter the engine earlier and turbo to deliver more boost earlier in the rev range which will result in more power. However, the power gain, although significant, is not that important. The real gain is the torque and in most cases, engine remapping will give you up to 30% more torque at the wheels. Since modern diesels already have high torque ratings form the factory, 30% more will thoroughly transform the engine and turn it into a real performance car.

However, the important thing when remapping a diesel engine is the quality of exhaust fumes and often, when remapping is done by an unqualified mechanic, the result is thick black smoke. This indicates that the settings are not quite matched and that car produces higher emissions than standard. Black smoke, especially under the acceleration will damage the DPF filter and even cause problems with annual inspection.

Professional car remapping outfits always pay much attention to this aspect and when the car is properly tuned, there is no black smoke coming out of the tailpipes regardless of the engine revs. 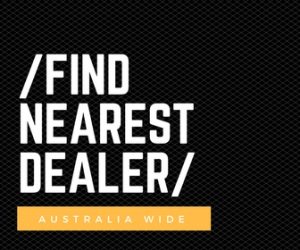